According to the sociologist and economist Jeremy Rifkin, we are currently facing the third industrial revolution in the history of humankind. Its main features are the development of communication technologies – acting as the main driving force behind Industry 4.0 – an ever- increasing use of renewable energy resources and of smart electric micro-grids, as well as the introduction of transportation based on electric vehicles and the exponential development of rechargeable batteries.

Building on these understandings – as supported by the European Parliament in 2012 – it would seem useful to apply the idea of forthcoming technological progress on a global scale to the desalination process. I am not talking about the industrial expansion of the technology needed to meet the endless increase in the water demand for urban supply, agricultural and industrial use in areas with limited or non-existent natural water resources, with an installed current capacity of 90 million m3/d (GWI, 2019). Rather, I would like to focus on the important challenges faced by a sector subject to constant technological advancements. 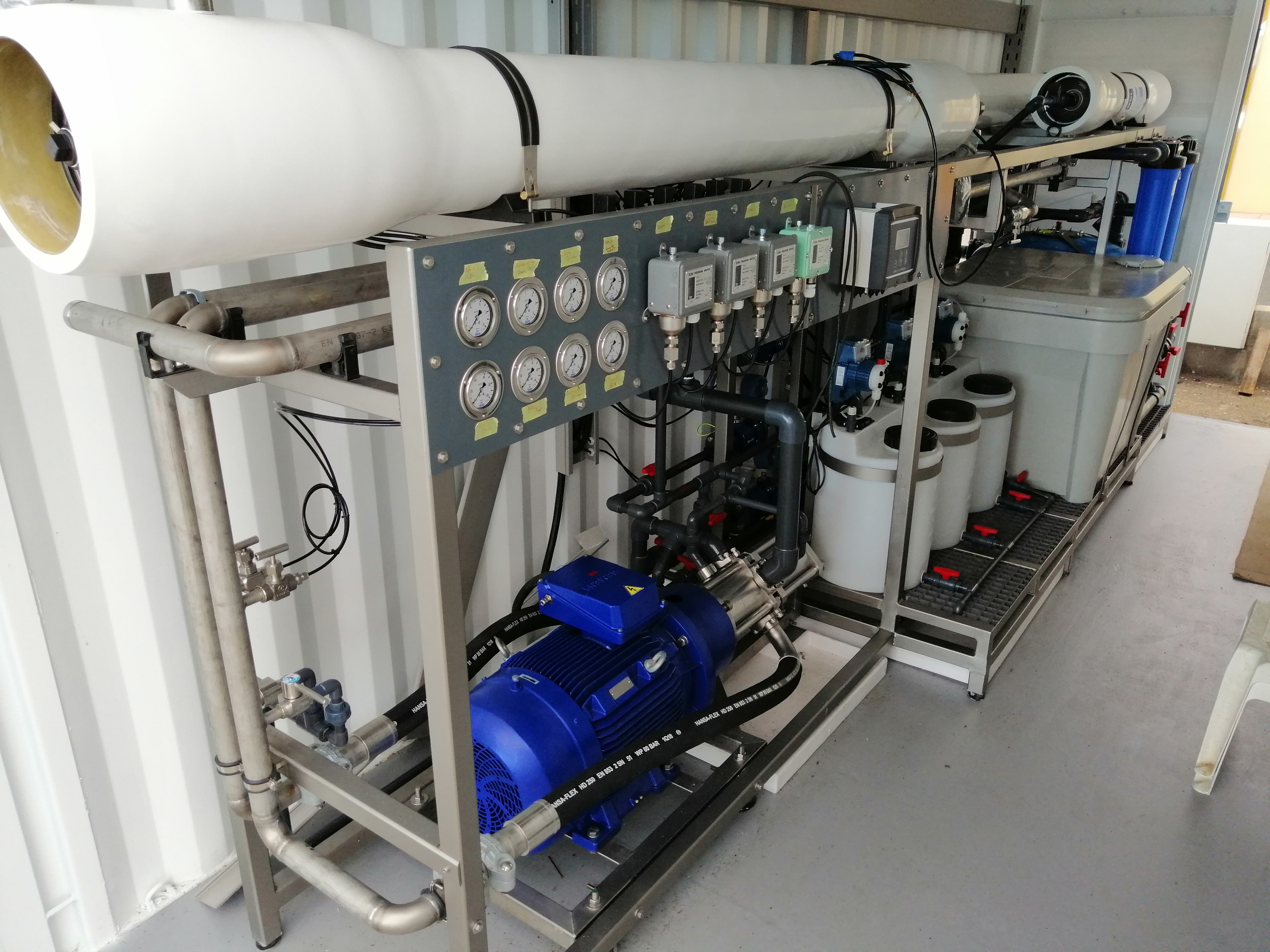 Long gone are the days of the first industrial medium-sized developments concerning flash distillation on ships back in 1955, along with the first tests on reverse osmosis flat sheet membranes. In fact, this was desalination’s first industrial revolution. Then, a few years later, the first brackish water reverse osmosis plant was built and, towards the end of the 1970’s, we saw the introduction of reverse electro dialysis as an alternative to the unidirectional flow. What is generally forgotten is the significant boom brought about by the introduction of energy recovery systems from the brine, first using Francis turbines in the 20th century. Then, the introduction of isobaric chambers followed, regarded as a second revolution. In 1970, the first desalination plants were set up at several sites where water resources were scarce, and the first connection between two remote computers took place in 1969, between Stanford University and UCLA in the USA.

The establishment of desalination plants in our society is unstoppable. Population growth, comfortable living habits, desertification and the effects of climate change, make sea and brackish water desalination one of the most suitable alternatives in order to guarantee water supply. The current situation should be accompanied by the ability to overcome major challenges in order to improve process efficiency, in terms of energy consumption optimization as well as the use and enhancement of natural resources within the scope of what I would be tempted to call the third industrial revolution of desalination.

The main upcoming technological innovations for the operation of desalination plants face the challenge of providing medium and large-scale solutions that can help to move towards carbon-free operation, where the renewable energy mix, such as wind, solar and marine energies shall intrinsically play a major role. Another expected development will be the appearance of an emergent desalination process, which may overshadow reverse osmosis. R&D activities in this field are substantial and some of these developments (e.g. those based on nanoparticles, forward osmosis or deionization), may lead to a new high efficiency desalination concept.

A special mention deserves the desirable organoleptic improvement of the desalinated water which, based on potability standards, is distributed in cities, and smart control relying on artificial intelligence tools.

Given the current and medium term discharge to the sea of the brine derived from the desalination process, which reaches an increasingly higher concentration thanks to the improvements in process efficiency, we are close to having access to brine dilution devices at the very same discharge point ensuring a minor, and not negligible, impact of this type of discharges. As a final challenge, I am positively confident in brine recovery/valorization without going as far as the utopia of zero discharge, which would be a significant achievement. Many researchers feel that brine may offer great potential, either through its conversion into energy or as a by-product in order to obtain raw materials with a high degree of industrial relevance.

The activities of the DESAL+ LIVING LAB [1] R&D Platform, based in the Canary Islands (Spain), focus on some of the challenges mentioned above. This Platform, led by the Canary Islands Institute of Technology, was set up in order to become the ideal public-private ecosystem capable of taking further steps in innovation as far as desalination is concerned, and move into a revolution of processes, from and for the benefit of the Canaries. DESAL+ LIVING LAB  is an open space for research where testing, experimentations and demonstrations can be performed in order to promote and develop the commercial viability of technologies, products and/or services linked to desalination.

We have our own resources for research, field equipment, water analysis labs, and we can undertake pilot research with seawater, brine, and renewable energies. Our facilities and desalination plants and plots (on-shore/off-shore) are specifically designed for experimental and demonstration purposes.

The synergies likely to arise between this Platform, the research community, and the industry will foster more sustainable innovation processes in order to address the existing shortcomings and challenges faced by the desalination sector.

[1] The DESAL+ LIVING LAB initiative was made possible thanks to an 85% co-financing provided by ERDF funds in the framework of the Interreg MAC Programme (DESAL+ Project – (MAC/1.1a/094)).