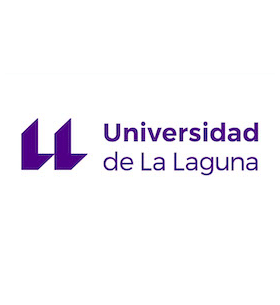 History of the University of La Laguna

The Universidad de La Laguna (ULL) is the oldest institution of higher education learning in the Canary Islands, and it is possible to trace its history back more than 200 years. Its founding decree, signed by King Charles IV of Spain, is dated the 11th March 1792. Since that date, it has undergone changes and been known by different names until finally being given its current name in 1913.

Two hundred years after it was founded, the Universidad de La Laguna continues to be a beacon for society in the Canary Islands that, using the Atlantic as a bridge, has stretched out its hand to the rest of the world. Currently, this public institution is home to more than 25,000 individuals who are either students, academic or research staff, or administrative staff and service personnel.

The Higher Polytechnic School of Engineering is a reference center into the La laguna University in the engineering context. it has placed particular emphasis on renewable marine energies, agriculture or new maintenance strategies between other subjects.

The geographical position of Canary Islands in the Atlantic region places them between three continents, which means that, from a strategic point of view, the universities located on the islands are well placed to become important hubs of reference and flagships of knowledge and learning in the Atlantic.

Member of the research group “INGEMAR Stable R&D Team” and responsible coordinator of the “ELECTROAUTOMAR” group within the University of La Laguna, his research work has been carried out mainly within the field of Engineering. These investigations have been carried out in collaboration with a large number of National and International Universities or Research Centers that have resulted in the publication of dozens of articles in journals indexed in the JCR, the publication of several book chapters, the obtaining of patents and the realization of the order of about fifty contributions in congresses, many of them being international congresses endorsed by prestigious scientific organizations, such as ASME (American Society of Mechanical Engineers), EUSFLAT (European Society for Fuzzy Logic and Technology), IEE (Institution of Electrical Engineers), IEEE (Institute of Electrical and Electronics Engineers), or IFAC (International Federation of Automatic Control), which places it with an H-index of the order of 11. All this has led to the fact that the National Commission for the Evaluation of Research Activity ( Architecture and Engineering Branch) has evaluated positively four research periods (six year each one).